Hello, and welcome to Sprouts and Krauts! My name is Alana, and I’m a graduate of the Natural Chef program at Bauman College in Berkeley, California. Additionally, I have studied vegan and raw food nutrition at Living Light Culinary Institute in Fort Bragg, California. I have a passion for vegan, plant-based cooking, fermentation, and raw foods.

Before coming into the culinary world, I was a graphic designer, spending most of my time behind a computer. Despite thinking of myself as a healthy eater, in April 2017, I was feeling overweight, tired, and unmotivated. I made the decision to try a vegan diet and my life was forever changed. Not only have I lost over 20 pounds, but since becoming vegan, I have seen massive improvements to my own health, energy, and well-being. This is what initially brought me into the realm of food and nutrition, and now I want to share these benefits with everyone. My goal is to inspire and empower people to venture into the world of plant-based eating. I want to demonstrate that following a vegan diet can be easy, healthy, and delicious.

Eating mindfully, locally, seasonally, and ethically are the guiding elements of my food philosophy. I reside in Sonoma County, California, where I am lucky enough to have a bounty of beautiful ingredients at my fingertips. 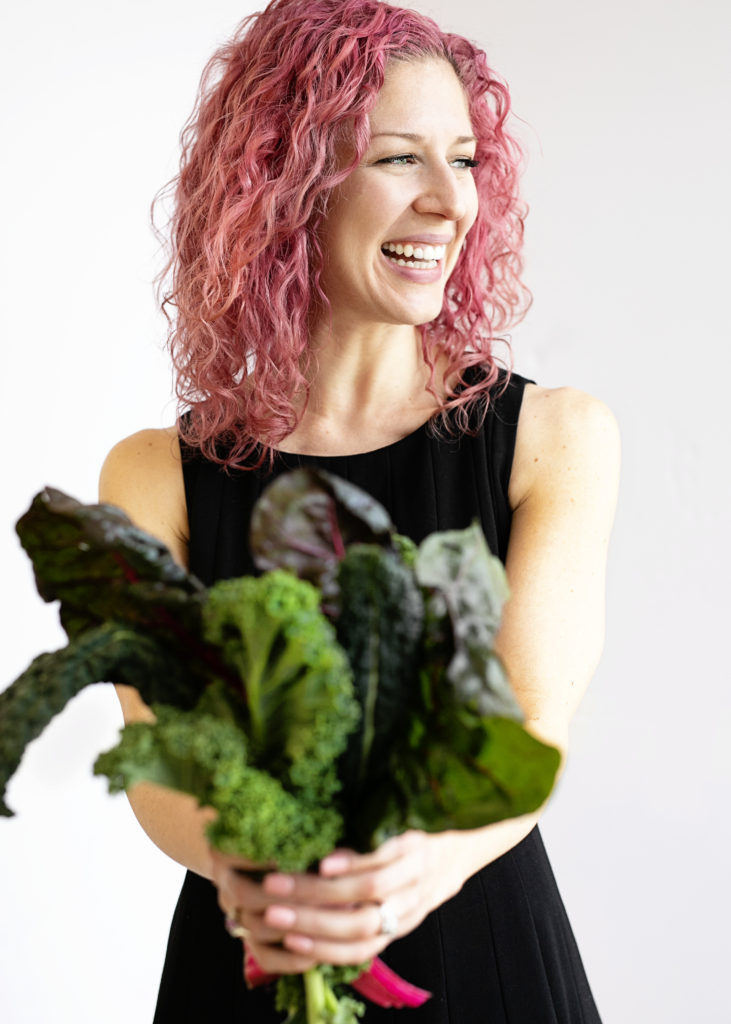 Photo by In Her Image

a shoot of a plant.
a new growth from a germinating seed, or from a rootstock, tuber, bud, or the like.