You may have heard the phrase “Eat The Rainbow”, a saying that’s a simple reminder to eat a wide variety of colorful produce each day. Certainly, I keep this mantra in mind every time I’m putting together a meal. In fact, that saying is what initially inspired me to create this Vegan Rainbow Coleslaw.

One of the beautiful things about nature is the fact that different colors are clues about different nutrients that are present in foods. For example, purple coloring in fruits and vegetables like cabbage, eggplant, and blueberries indicate the presence of anthocyanins. This is an antioxidant compound that has been shown to have anti-cancer and anti-aging properties. On the other hand, yellow and orange hues point to the presence of beta-carotene, which promotes vision health and cell growth. Ultimately, a wide spectrum of colors in your diet indicates that you’re eating a wide range of nutrients as well. 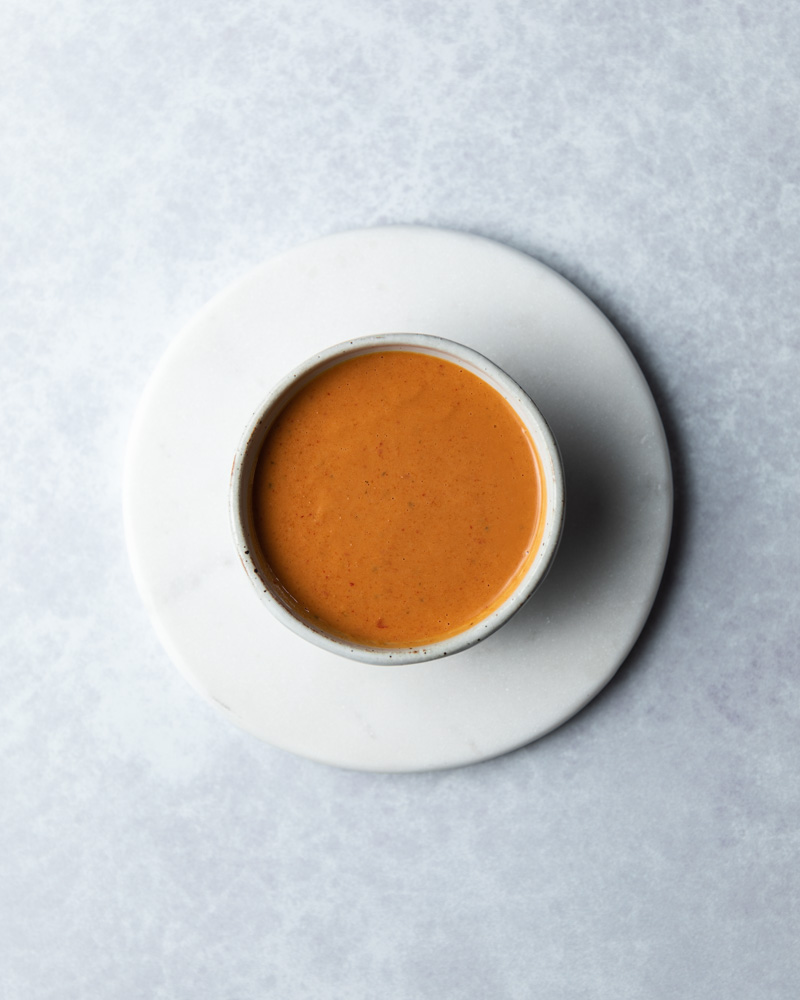 This Vegan Rainbow Coleslaw is a mix of shredded cabbage, peppers, carrots, and green onion. This confetti of fresh rainbow vegetables is all tied together by a tangy, slightly spicy sauce with an Asian flair. Cashew butter is the backbone that gives this sauce a luscious creaminess while sriracha adds a pleasant burn. Most noteworthy is the addition of Wildbrine Live Shots, a fermented probiotic brine. However, if you’re unable to find this product in your local store, feel free to use rice vinegar instead. 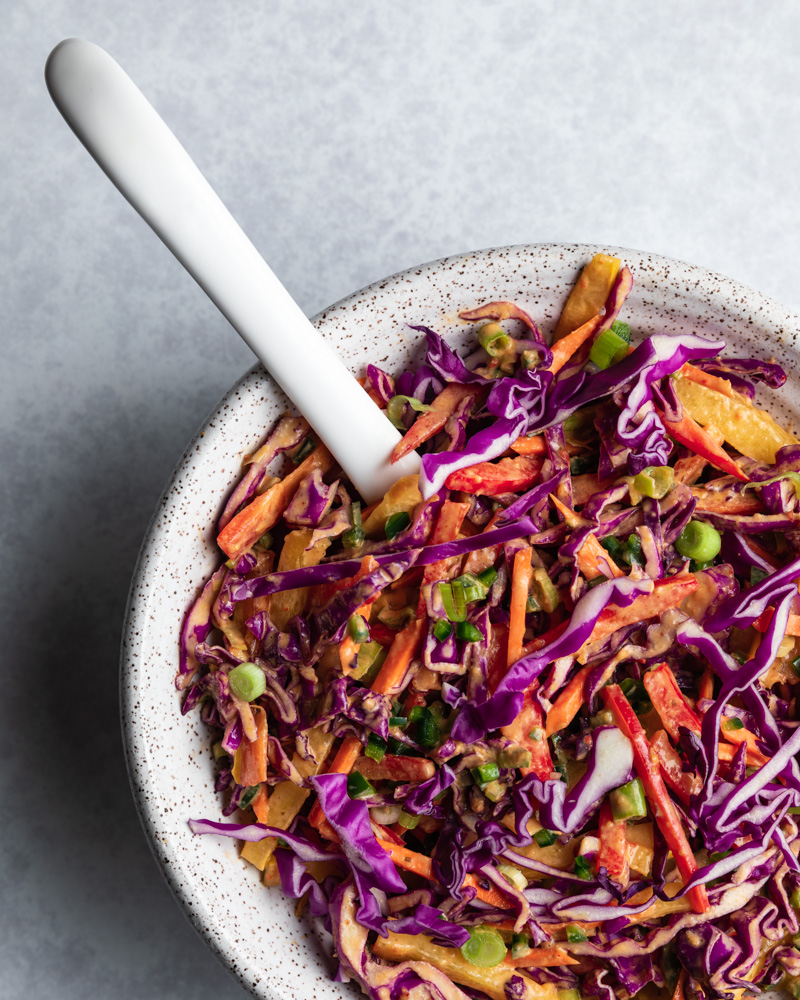 This Vegan Rainbow Coleslaw is a perfect side dish for summer cookouts. A confetti of fresh rainbow vegetables is all tied together by a tangy, slightly spicy sauce with an Asian flair. Cashew butter is the backbone that gives this vegan sauce a luscious creaminess, while sriracha adds a pleasant burn.

Wildbrine Live Shots can be found online or in select grocery stores. If you’re unable to find it, you can use rice vinegar instead.