Nothing says summer quite like the fresh crunch of sweet corn! This Vegan Mexican Street Corn Salad is a perfect summer dish that takes full advantage of fresh corn on the cob. Inspired by the traditional Mexican dishes elote and esquites, this veganized version is lightened up while still packing a flavorful punch. 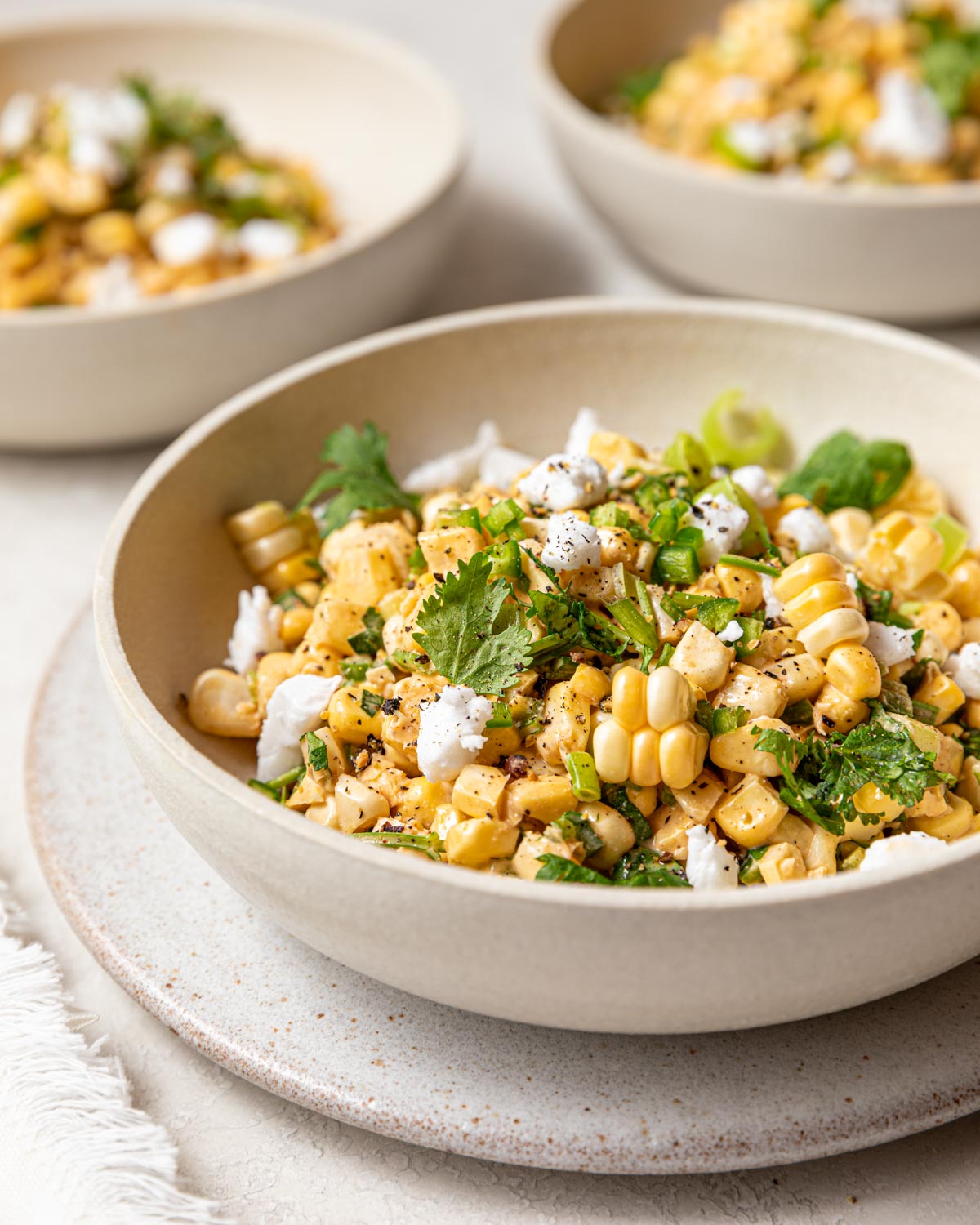 Elote is a traditional Mexican dish typically sold by street vendors. Cooked corn on the cob is covered in mayonnaise and lime juice, then sprinkled with chili powder and queso fresco or cotija cheese. Similar in flavor, esquites is a Mexican corn salad. Taking those dishes as inspiration, this raw vegan version gets its creaminess from a silky cashew butter sauce spiked with lime juice, chili powder, and smoked paprika. Vegan feta cheese is a perfect salty and creamy stand in for the traditional cotija cheese. 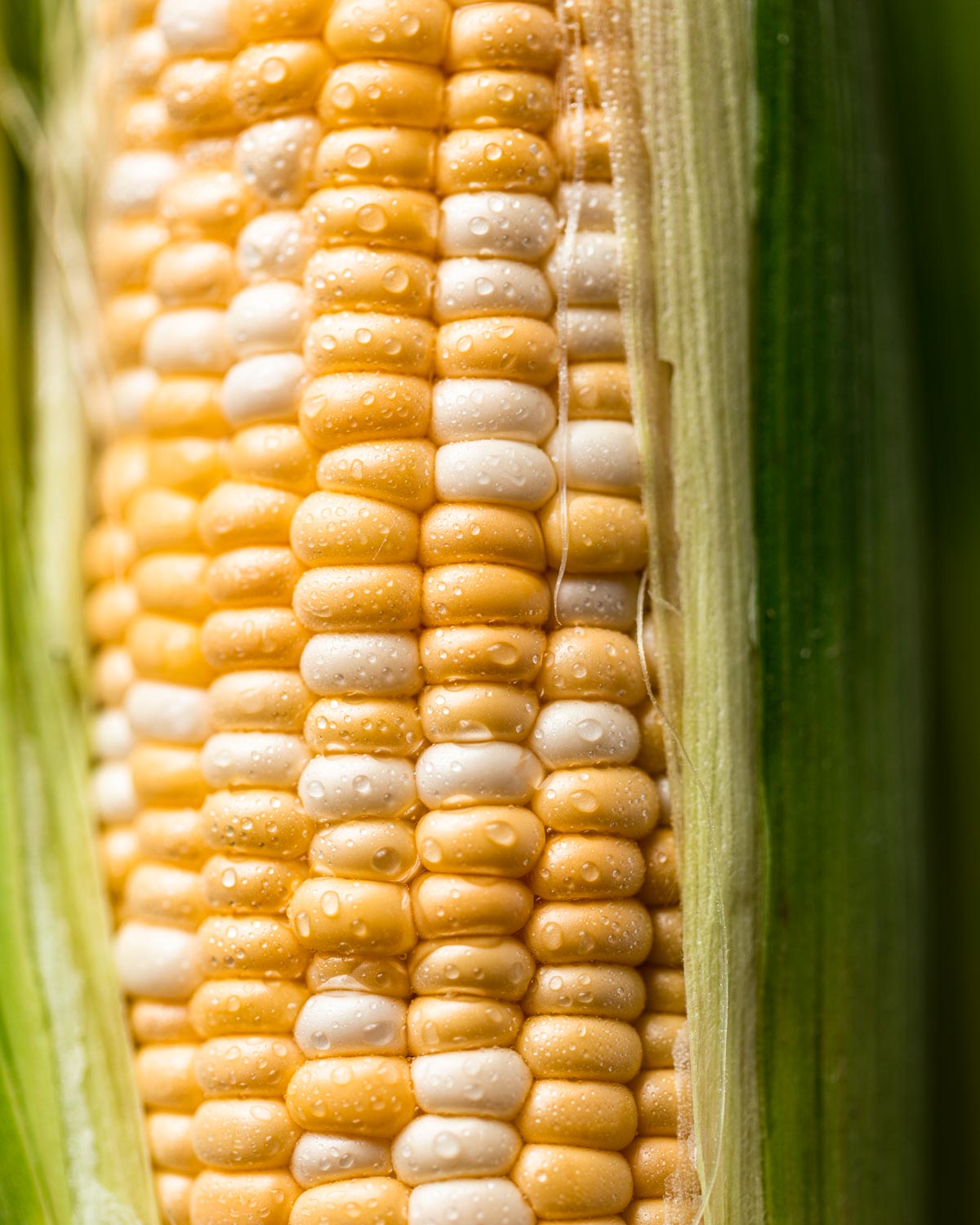 It’s so quick and easy to make this flavorful salad! First, in a small bowl, whisk the cashew butter, lime juice, water, garlic, and seasonings together to make a thick sauce.

Next, slice the corn kernels off the cobs and place in a large bowl, along with the jalapeños and green onions. Then, add the sauce and stir until the sauce is well combined with the vegetables.

Next, add the cilantro and gently toss to combine. Finally, top with crumbled vegan feta cheese and freshly ground pepper and serve.

See how simple it is? You’ll definitely appreciate the fact that you don’t even need to turn on the oven or stovetop to create this raw vegan recipe.

This salad would be a welcome addition at your next cookout and would pair wonderfully with your favorite veggie burger! To turn this salad into a meal, serve it on a bed of arugula or other salad greens, add some black beans, then top with sliced avocado.

Refrigerate leftovers in a closed storage container and use within 3 to 5 days. This salad is wonderful served cold or at room temperature. 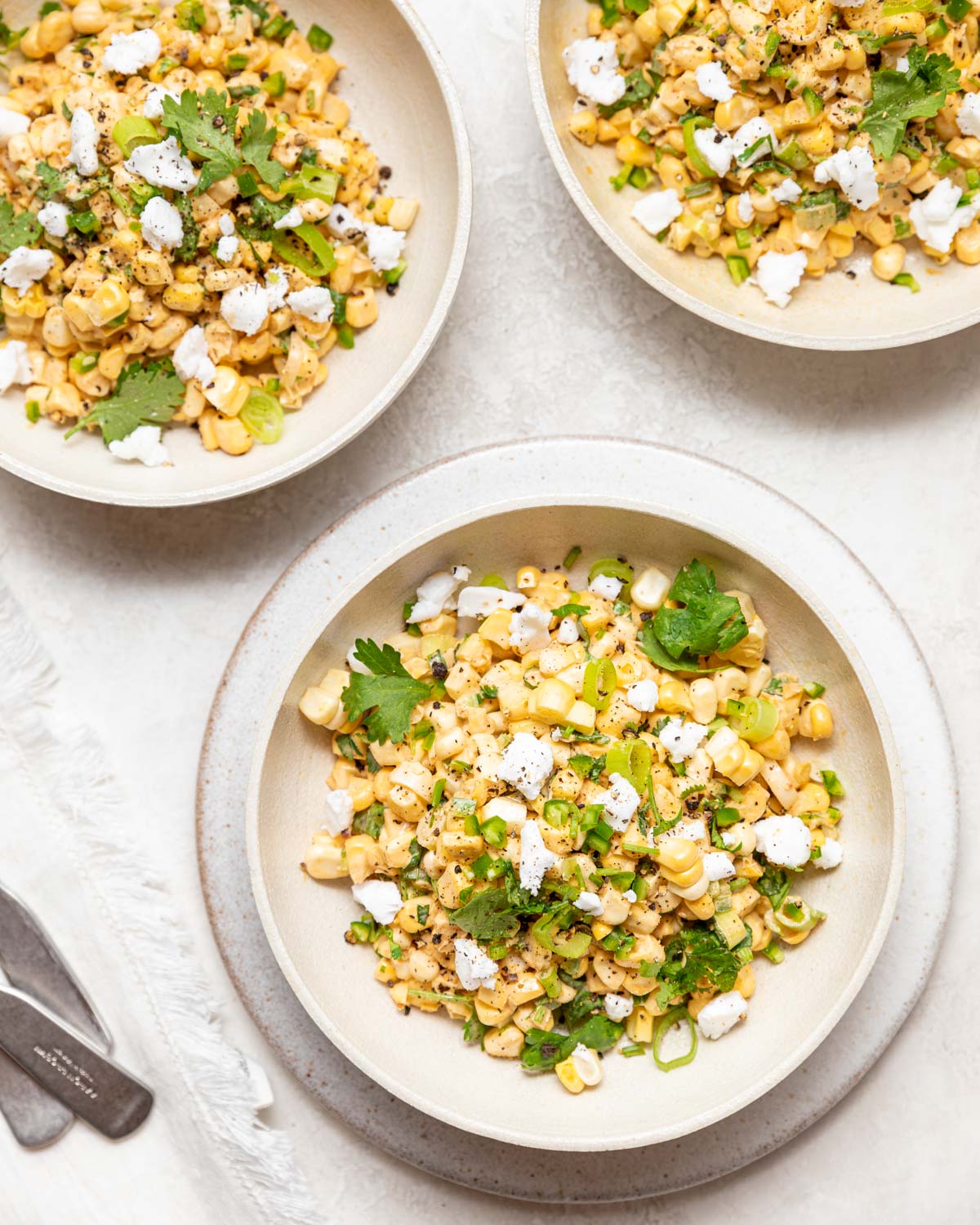 If you liked this recipe, be sure to let me know by leaving a comment and rating below!

This Vegan Mexican Street Corn Salad is a perfect summer dish that takes full advantage of fresh corn on the cob. Inspired by the traditional Mexican dishes elote and esquites, this raw vegan version is lightened up while still packing a flavorful punch. A silky cashew butter sauce spiked with lime juice, chili powder, and smoked paprika is a perfect counterpoint to sweet, crisp kernels of corn.